Copyright © 2021 Lockhart River Arts Indigenous Corporation. All rights reserved. All Artworks on this website are subject to Intellectual Property management as stipulated in the signed artist agreements between the Artists and the Corporation. Permission is granted to the Corporation to reproduce artwork images for use on this website. Website by The Hub Marketing & Communications.

Dorothy Hobson was born in February 1960. She is from the Kuuku Y’au clan. She is a respected community leader having worked in various roles with the Lockhart River Aboriginal Shire Council. She is a current Councillor. Dorothy had painted previously at the Art Centre in mid-2000. She had a break from painting to concentrate on various community leadership responsibilities.

Dorothy commenced painting in 2016 at the Art Centre during her free time. Her paintings are themed on her Country, land, sea and rivers. Her paintings have been exhibited in group exhibitions in Cairns, Darwin and Houston Texas at Booker Lowe Gallery.

“I'm from the Kuuku Y'au clan. I'm a mother of three. When I have spare time I do my painting, I like to walk… spend time with my family and my friends. I like fishing and camping. I have a little camp across from Restoration Island on the Kuku Y'au land. My paintings mostly about things I'm connected to, my background. I suppose you look at my painting, you see bright colours, I like it bright. I like my paintings to be shown to other people”. – Dorothy Hobson 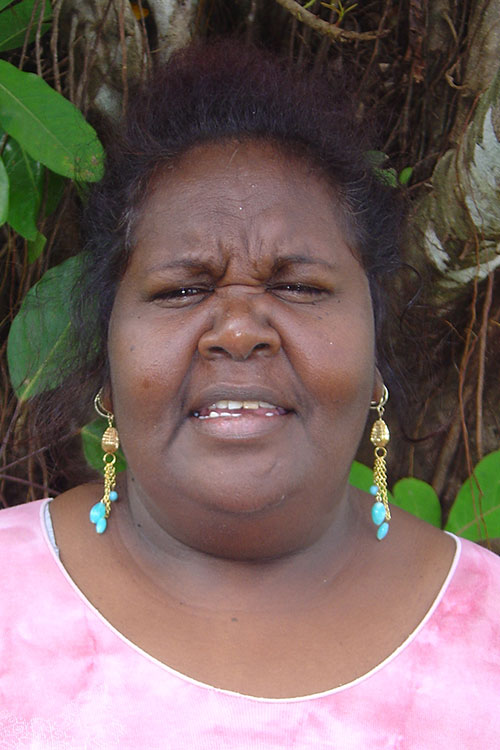